Winter Weight Gain – How to Avoid It 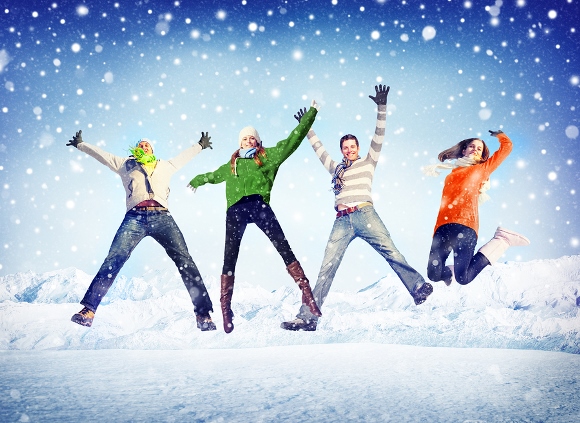 It is something many people contend with each year; once the winter months arrive, so do the extra pounds. It’s frustrating, but how do you avoid it? The following ideas may give you the information you need to avoid gaining weight this winter.

One way to avoid winter weight gain is to stay active. Normally people slow down and get sedentary during the colder months. They don’t want to go out in the weather and therefore spend much of their time watching television. The fact they’re not active means they’re not burning as many calories, which makes the scale’s numbers creep up.

Rather than spending the entire winter on your bottom in front of a television or computer screen, try to find activities you can do inside which will burn calories. Get some aerobics videos and work out to them. Jump rope, do calisthenics or choose something else which will keep you active.

The fall and winter months have the major food-eating holidays, which make choosing food wisely more difficult. First there is Halloween and its candy, Thanksgiving with all of that scrumptious food and then Christmas with a whole new batch of goodies to try.

Look over what foods are being offered. Select mainly healthy foods but allow yourself one or two small servings of higher calorie items so you don’t feel deprived. You can try eating on a smaller plate so the portions won’t be as large. Be sure to drink plenty of liquids which will help fill you up so you don’t eat too much.

You may also find that being indoors all winter means you have ready access to food. Many people tend to overeat during the winter, which compounds the problem of not being active. You don’t have to put locks on the food pantry or refrigerator but you may want to eat only during planned meal or snack times.

Learn a new skill or start a new hobby. Try to find things which will keep your hands and mind active so you’re not as likely to reach for food out of boredom. When your mind and hands are busy learning or doing something new you won’t be tempted to overeat.

Scientists have determined that not getting a full night’s sleep can lead to added weight. Try to get the same amount of sleep (at least eight hours) per night and it may help you avoid winter weight gain. How can not sleeping enough cause weight gain? The body has a multitude of hormones coursing through it at any time. Not getting enough sleep means the hormones which tell you you’re hungry aren’t in balance, which in turn can lead to overeating.

You don’t have to be someone who has winter weight gain. Avoid it by following these simple tips. Remember to be more active, get plenty of rest, choose your foods wisely and avoid overeating. You’ll be able to greet spring without having to diet to remove any excess weight you added during the winter months.