What Exactly is Cabin Fever? 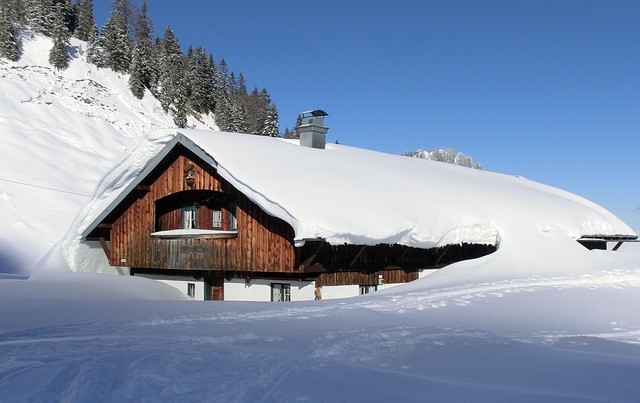 On capitalcityweekly.com, Libby Sterling gives a background to cabin fever, “We’ve all heard the term “cabin fever.” While its specific meaning remains vague, it may have something to with a cabin, being stuck inside of it, and perhaps feeling a bit ill or crazy as a result.”

But it is not just a “crazy” thing. The term describes a serious illness. Sterling writes, “Cabin fever is most commonly defined as a term for a claustrophobic response from a person who is isolated or shut in for a long period of time. The term first appeared in history in 1918, according to the Online Etymology Dictionary. Historians have suggested that it described the madness of sailors who had been a long time at sea or early U.S. settlers who spent long winters inside their log cabins.”

But it does not have to relate to cabins now or fever. Just as we have evolved and changed, so have our illnesses. “Cabin fever is something that isn’t part of a diagnosable condition,” said Sheri Alexander, a licensed clinical social worker in Juneau. The medical condition most closely related to cabin fever is called seasonal affective disorder (SAD), Alexander said. It is generally a condition that relates to mood and occurs at a certain time of the year. For most SAD patients, that time of the year is winter and they notice a repeat of their symptoms year after year. There have been rare cases of reverse SAD occurring in the summer for some patients with symptoms of heightened anxiety.”

Sheri Alexander is not the only one to think that seasonal affective disorder is related to cabin fever. Suzan Womack Strisik agrees. “When I think of cabin fever, I think of being antsy, agitated, wanting to move and go somewhere but you can’t,” said Suzanne Womack Strisik, Ph.D., associate professor of psychology at the University of Alaska Anchorage. Strisik is also a licensed psychologist and has a private practice in Anchorage. She labeled the most critical thing about SAD as the social disconnection that can result from seasonal depression.”

She adds, “With winter blues it’s really hard to talk to people and connect,” Strisik said. “That’s cabin fever for sure, not having the energy for meaningful social interaction. Losing touch with a support network is probably one of the hardest things on a depressed person.”

And isolation makes things even worse. The more you isolate yourself, the worse the cabin fever gets, the further down the depression tunnel you go. It is a hard battle to fight. Sterling continues, “Despite the necessity of extra rest during dark seasons, living in a society that is structured for production doesn’t always allow for it. We don’t get a lot of support for our own bodies from the culture, Strisik said. “I think it takes a lot of courage to suffer,” Strisik said. “It takes a lot of courage to find ways to feel good enough to keep moving. In the same way, it takes a lot of courage to question the kind of lifestyles that are prescribed for us by virtue of living in a society where productivity is so vital.”