Similarities Between Kwanzaa and Hanukkah Celebrations 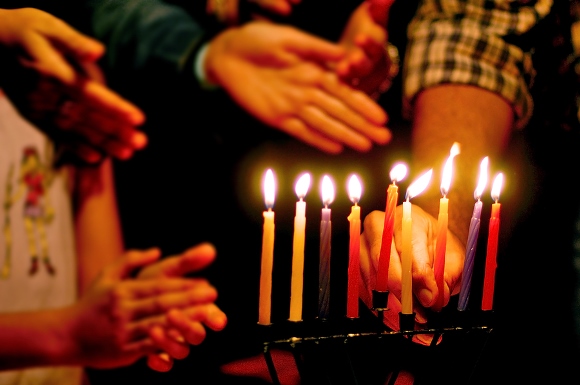 Kwanzaa and Hanukkah, celebrated by African-Americans and Jewish people respectively, are observed during the Christmas season. The celebrations are separate from activities related to Christmas however. The observances of Kwanzaa and Hanukkah are also one reason that people also give wishes of Happy Holidays instead of Merry Christmas during the season.

Although both activities are very different and were originated for different reasons, some similarities can be found between the two practices. Both celebrations have commitment as a central and important theme. They also both include symbolic forms of light and are both commemorated over almost the same number of days – seven (7) days from Dec. 26 to Jan. 1 for Kwanzaa, and eight (8) days and night for Hanukkah – usually starting about one week before Christmas Day.

Starting with its origination, Hanukkah celebrations dates to an event in 165 B.C. when the Jews were victorious over the Syrians. Hanukkah started as a way to restore and rededicate the Temple in Jerusalem that had been desecrated, including its golden menorah, by the Syrians. The festival also served the purpose of once more observing and re-instituting rituals that the Syrians had forbidden during their rule.

Kwanzaa was started 40 years ago by a university professor as a way for African-Americans and others in the African diaspora to engage in celebrations that included elements of African culture. While Kwanzaa is not as popular as Christmas, it keeps growing and its goal has been achieved to some extent as it is now practiced in many nations such as those in the Caribbean, which have a large population of people of African ancestry. The wide availability of Kwanzaa greeting cards and even postage stamps at Christmas time, also attests to the extent to which the celebration has entered the mainstream.

The primary symbol of Hanukkah, the menorah, which consists of eight (8) individual lights, is very much a part of the mainstream. Menorahs are available today in various shapes and sizes. A single standard requirement that must be observed in making a menorah is that there should be enough separation between the flame of each of the eight (8) lights so that they don’t give the total effect of a single large flame when all are lit.

A flame is lit each night over the days in remembrance of how a small quantity of oil from the desecrated Temple kept a menorah burning for eight (8) days, when the amount should have only lasted for a single day. It was that miraculous occurrence that gave rise to the Hanukkah celebration to light a menorah over eight (8) days.

Kwanzaa symbols include a candleholder and seven (7) candles that represent the roots of African ancestors and seven (7) core principles of Kwanzaa respectively. Other symbols are, The Crops for African harvest, Mat for African tradition, Corn for the future represented by children, the Unity Cup and the Gifts. The Flag and Poster of Seven (7) Principles are two (2) supplemental symbols.

These items can be found at specialty African and African-American shops in some malls and in town with a heavy concentration of African and African-American population. Among the most important features of Kwanzaa are the seven (7) core principles and values they embody: self-determination, unity, collective work and responsibility, cooperative economics, purpose, creativity and faith. These seven (7) principles are meant to be a foundation and guide upon which the African diaspora can build a strong, successful and fulfilling life while maintaining a connection to their roots.

While not religious, the principles of Kwanzaa are meant to instill a strong sense of spirituality in individuals. Kwanzaa seeks to instill spirituality upon which individuals can build self-confidence and secure self-identity through a link to their roots.

This sense of spirituality and connection to one’s history, roots or ancestry is also an element of similarity between Kwanzaa and Hanukkah.