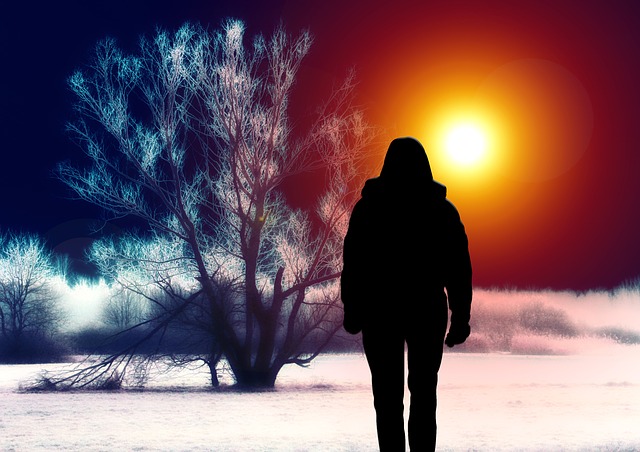 The short answer to this question is yes. It is a real psychological condition that occurs when staying in a confined space or an isolated area for a long period of time. It is characterized by restlessness and depression.

According to WiseGeek.org, “The lack of environmental stimulation can have real, tangible side effects that have a detrimental impact on anyone suffering from this problem. There is little documented evidence, but many speculate that those who may already be mentally unbalanced can be dramatically affected.”

There is quite the history behind Cabin Fever. “Historians speculate that the term cabin fever was first used to describe early U.S. settlers who experienced long winters alone in their log cabins, snowed in until the spring thaw.

The term is dated to the 19th century by the American Heritage Dictionary of Idioms and is first recorded in 1918, according to the Online Etymology Dictionary. Suffering from this condition is similar to going stir crazy, a term that originates from a mid-19th century slang term, stir, which meant “prison.”

Popular media has also tapped into this phenomenon, “Cabin fever is such a universal affliction that movies and books have dramatized its sometimes horrifying effect on people and their mental state. Stephen King’s The Shining is a good example of how isolation can drive a person mad. The family in the film is holed up in a remote hotel resort, snowed in until spring. Add isolation, lack of entertainment and a supernatural presence, and madness ensues. Other story plots have explored how extended outer space missions can cause similar problems.”

There are many ways to combat cabin fever. “Reading, board games and card games may help, but getting outdoors and engaging in physical activity may be the only real “cure.” Many people who live in the northern U.S. cross-country ski, snowshoe or snowmobile as outdoor activities. Calling a friend, or simply trying to get a change of scenery, may help as well.”

According to phobias.about.com, cabin fever is not quite understood by the medical community. “Some experts believe that cabin fever is a sort of syndrome, while others feel that it is linked to such disorders as seasonal affective disorder and claustrophobia. Cabin fever is ultimately rooted in intense isolation, which may reach the level of a specific phobia. “

There is disagreement regarding what cabin fever really is, but not what it entails. “Most people with cabin fever do not become violent or unstable. Domestic violence may become more likely during extended periods of isolation, but only in those who have a history of instability or aggression” and thus some of the symptoms resemble those of depression such as weight fluctuation, restlessness, sadness, trouble with concentration, lack of attention and patience, food cravings, and isolation.

The way to deal with it is to “Get Out of the House – If you are snowbound, this may not always be possible. But if you are able to go outside, even for a short time, take advantage of that opportunity. Exposure to daylight can help regulate the body’s natural cycles, and exercise releases endorphins, creating a natural high. Even a quick stroll can help you feel better quickly. If you are not able to leave the house at all, get close to a window and start moving around.”