How to Explain the Meaning of Kwanzaa to Your Children 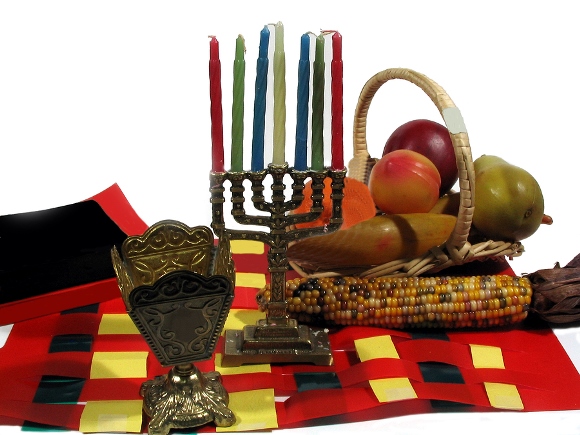 Every culture has celebrations which are important to them. Some of these celebrations are political and many are religious. This isn’t the case for Kwanzaa. If you’re unsure how to explain the meaning of Kwanzaa to your children, perhaps this article will help.

Created in 1966 by Dr. Maulana Karenga, Kwanzaa celebrates families, community and the culture of Africans around the world. It was designed to restore the African culture no matter where those families may be living, and give a sense of community to those of African descent.

The celebration is based on seven principles:

There are also seven symbols associated with Kwanzaa:

These symbols will be used throughout the holiday at specific ceremonies during the celebration.

Kwanzaa wasn’t designed to replace other holidays during the winter months. The Christians have Christmas, Jewish people celebrate Hanukkah, pagans have winter solstice and those of African lineage now have Kwanzaa. Much like other holidays, Kwanzaa is designed to gather African families and communities together in such a way to leave a legacy for those who follow in their footsteps.

In order not to conflict with holidays celebrated by other cultures, Kwanzaa is celebrated from December 26 through January 1. Two gifts are given each year, a book and something to stimulate pride in African history and culture, as well as other gifts. The name ‘Kwanzaa’ can be translated as ‘first fruits’ from the Swahili language.

Decorations for Kwanzaa include black, red and green. You can also expect to see traditional symbols and items from Africa. Candles are lit each night and children are encouraged to be an active participant in the celebration.

Kwanzaa may be a relatively recent celebration but that doesn’t mean it isn’t important. Determining how to explain the meaning of Kwanzaa to your children will help them understand their friends who are of African descent. Why not surprise an African friend with a Kwanzaa gift this year based on one of the seven principles?