How Did Valentine’s Day Become the Day of Love? 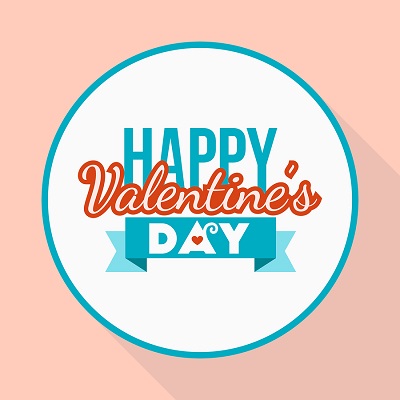 February is famous for being the shortest month of the year and for having an extra day added every four years. But that’s not the main reason that February is so famous.

Of course, everyone all over the world knows that February’s fame comes from being the month of Love – the month that Valentine’s Day falls on the 14th. But who was St. Valentine and why did mid-February become known for love?

All celebrations have underlying stories. And some celebrations have more than one story because pagan rituals were often adopted by the Catholic Church as a way to keep people happy. After all, people had been celebrating some rituals for hundreds of years and didn’t want to give them up. So, the Church did the smart thing and included some of them in Christian rituals.

Sometimes the underlying story is buried so deeply that very few people actually know the origin. Valentine’s day might be one of those celebrations. If you go to your local mall and ask random people why Valentine’s Day is the day of love, you probably won’t get many answers.

And when you actually get some answers, they might be very far off the mark. Some people will probably say that it’s just the way it’s always been done.

The Story of St. Valentine

In 3rd century B.C., there was a priest in Rome by the name of Valentine. Emperor Claudius banned marriage because he realized that married men didn’t make good soldiers. They were too anxious to get home to their families.

Valentine, however, continued to perform marriages in secret against the edict. When Claudius found out, he had Valentine imprisoned and put to death on February 14. You’re probably saying that an execution isn’t a good reason to turn the execution day into a day of love.

Wait. There’s more to the story.

Valentine was imprisoned before being executed. According to the legend, the jailer’s daughter frequently visited him in jail. They spent a lot of time talking and getting to know each other.

Some say that Valentine fell in love with the young girl because he left a short letter for her. It was signed ‘From Your Valentine.’ Remember the day was February 14. Was this how the date came to be connected to love? Is this why couples started exchanging love letters and gifts on this day?

The oldest known Valentine message that still exists today dates back to 1415 A.D. It was a poem written by Charles, Duke of Orleans, to his wife during his imprisonment in the Tower of London.

It seems that love cannot be held back, but some have a difficult time expressing their feelings. So, in 1797, ‘The Young Man’s Valentine Writer’ was published in Britain. It contained sentimental verses for young lovers unable to compose their own.

Printers began producing a small number of cards containing verses and sketches. They were called ‘mechanical valentines,’ presumably because they weren’t original. When postal rates eventually decreased, people began to put Valentine greetings in the mail. And when sending by mail, the sender was able to remain anonymous and considered the reason that suddenly some Valentine greetings contained risqué greetings during a time that was otherwise prudishly Victorian.

Some countries actually banned the exchanging of Valentine cards because of the escalating number of obscene Valentines. In the late 19th century, Chicago’s post office, for instance, rejected 25,000 cards on the grounds that they were not fit to be carried through the U.S. mail!

In the 1870s, Esther A. Howland, known as the Mother of the Valentine, made elaborate greetings made from lace, ribbons, and colorful pictures. Her Valentine greetings cost $5 to $10 each – and some as much as $35. That was quite expensive in those days.

Since that time, the Valentine card business has continued to flourish. Americans exchange more cards on Valentine’s Day than on any other holiday, except Christmas.

And, Just Who is Cupid?

You may be wondering what Cupid has to do with Valentine’s Day. He was the son of the Roman goddess of love Venus. So, you can see the natural reason that Cupid would play an important part on Valentine’s Day. He was reputed to be a boy full of mischief who went around wounding both gods and humans with arrows that had been dipped in a love potion, thereby forcing them to fall in love.

Why are Red Roses Traditional?

According to Roman legend, white roses fell in the place where tears fell from the eyes of Venus as she mourned the loss of her beloved Adonis. Cupid was busy being mischievous, but was stung by a bee, resulting in carelessly shot arrows in the rose garden. As the arrows hit roses, thorns grew. Venus then pricked her foot on a thorn and the blood from her wound dyed the roses red.

Valentine’s Day is now a major commercial success in the U.S. with millions of dollars spent each year. People give cards and gifts to express their love. But don’t forget that originally, Valentine’s Day was celebrated with promises of eternal love and happiness – not cards and gifts. And certainly, in today’s world of terrorism and destruction, having a day when love reigns is a pleasant difference – even if not permanent.

It wasn’t until the 19th century when British settlers arrived that Valentine’s Day was was introduced to North America. Today, according to (Hallmark Research) 192 million Valentine’s Day cards are exchanged annually. This is in addition to the millions of flowers, boxes of candy and assorted gifts exchanged by lovers on this day.  The day has come to be associated with the greeting “Happy Valentine’s Day”

Valentine’s Day is celebrated on February 14th every year. It gives you the opportunity to show a friend or lover, how much you care, by giving them a gift of love and sharing this lovely tradition with them.