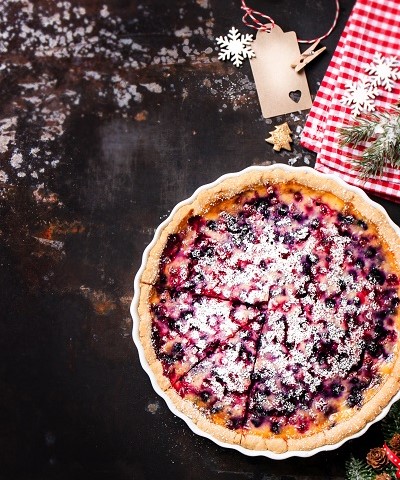 During the winter months many people tend to pack on the pounds. They may not be eating any more than normal, but they’re less active so they don’t expend the same amount of energy. Many people feel they have to give up anything sweet in an effort to keep them from gaining weight. These healthy winter desserts will allow you to have your cake and eat it, too.

For healthy winter desserts, choose desserts with fruit as a major ingredient. Pies, cobblers and crisps would be delicious as well as nutritious. Apples, peach, blackberry, strawberry-rhubarb and other fruits can be made into cobbler. Choose desserts which are served warm so you’ll have something terrific tasting which will warm the soul as well as the stomach.

Gingerbread and shortbread cookies are normally a healthier choice over some other kinds of cookies. You can also find recipes which are healthier than traditional gingerbread or shortbread. Oatmeal raisin cookies are full of fiber and can also be a healthy alternative.

Angel food cake is one of the best dessert choices for people watching their weight. Make simple syrup and poach your favorite fruit in it. This can be drizzled over a slice of angel food cake without adding too many calories.

Make an apple salad with fresh, raw apples, carrots, raisins and chopped nuts. This may not seem like a dessert but you’ll be surprised at how satisfying it can be. To make the fruit salad more special, add a warmed dressing which can be poured over it.

Some desserts are expected during the winter months but that doesn’t mean you have to throw health to the wind. Try to find ways to make your favorite cake healthier, for example by using applesauce in place of the fat. You can also try reducing the sugar in the dessert and see how it is affected. In many cases reducing the sugar doesn’t make that much of a difference in how the dessert turns out. Reduce sugar even further by substituting agave nectar or Stevia.

Focus on rich taste rather than high calorie. Desserts don’t have to be laden in calories. Here’s a simple recipe for an apple dessert that tastes great:

Slice four cooking apples into slices after removing the core. In a microwave-safe casserole, place 3 tablespoons of butter. Microwave until melted; then stir in 2 tablespoons lemon juice, 2 tablespoons honey and 1/4 teaspoon ground cinnamon. Place the apples into the mixture and turn so both sides are coated. Cover with plastic wrap and microwave for an additional 4-6 minutes or until the apples are tender.

You don’t have to give up dessert just because you’re trying to lose weight. You can eat these healthy winter desserts or change the recipe in your favorite dessert by removing some of the sugar or fat. By choosing carefully which desserts you eat, you can still have an enjoyable way to end your meals.