Going Skiing or Snowboarding? You Decide 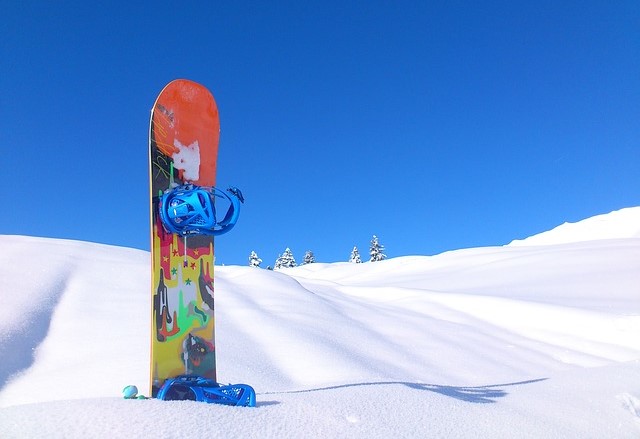 Which do you prefer: skiing or snowboarding?

Skiing and snowboarding are two of the modern sports that are almost identical in form, yet in terms of origin and development are separated by many years.

Broadly, skiing is an activity that involves moving over solid snow using skis. Historical data suggest that skiing was originally used as a means of transportation. Records also show that it slowly evolved from snowshoeing — as a fast and convenient way of moving from place to place in areas heavily covered with snow.

Eventually, skiing evolved into a popular sport and recreational activity by the turn of the 20th century. Among the earliest forms of skiing, which have survived largely unchanged up to this day, are the popular Nordic and cross-country style.

The Birth of Snowboarding

Snowboarding, on the other hand, is considered as a boardsport on snow that closely resembles skiing. In fact, the difference between the two sports is only recognizable through their origin. Skiing has a utilitarian origin; while snowboarding evolved from the more carefree world of surfing and skateboarding. Today, snowboarding is an increasingly popular winter sport in most major countries in the world.

Sherman Poppen invented and marketed “Snurfer” in 1965. Developed in Poppen’s home at North Muskegon, Michigan, the snurfer was the first commercially available snowboard. Burton, on the other hand, is the founder of Burton Snowboards, one of the largest snowboard companies today. By the 1980s, several snowboard companies like Sims, Winterstick, and Avalanche started to operate actively within the market.

Also during this time, Hollywood films started to feature scenes on snowboarding, particularly the movies of Warren Miller. This greatly helped in making snowboard a more popular sport inside the skiing world. In the 1990’s, snowboarding had broken into the mainstream.

Skiing, though could not be credited in one person, had Sondre Norheim, considered as the “father of modern skiing”. Sondre Norheim developed bindings that enabled skiers to execute turns while skiing down hills. This particular type of skiing is known as Slalom, a Norwegian term for a difficult track. But, currently, this form of skiing is called Telemark skiing.

Further down the road, the invention of sturdier bindings for the skier’s feet for skiing gave this sport a better edge. Thanks to Matthias Zdarsky, an Austrian, the skier is now able to turn more easily, which ultimately led to the conception of the Alpine, or Downhill, skiing.

Much later, in the early 20th century, another Austrian, Hannes Schneider of Arlberg, pushed the idea of rotating the body while on the move to steer the skis. Soon, this technique was being performed in every major skiing event, which helped skiing gather a great number followers.

Snowboarding Continues to be Popular

Snowboarding, however, has firmly settled its roots in the hearts of its growing number of enthusiasts. Snowboarding was officially incorporated in the 1998 Winter Olympic Games, as one of the sports events. Snowboarding is also a focus in the annual European and U.S. Open Snowboarding Championships, including the Winter X-Games.

If these events continue, snowboarding will continue its evolution or development into the next level. And this is not far fetched because snowboarding is immensely popular in the U.S. and Europe, and slowly gaining ground in other continents.