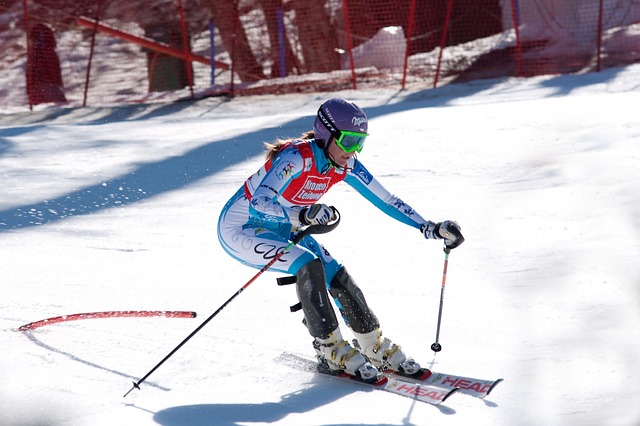 There was a time when snow was despised by people because it prevented them from easily hunting for food and moving from one place to another.

But through time, the affected people learned how to be creative and make productive use of the snow. For those living in hills and mountainous areas, snow has become more of a blessing than a bane.

When people invented and developed snow skiing, the problem of mobility and travel was solved. Before this innovation, people were kept stationary and were deprived of traveling in the wintertime. When skiing became popular, people had a fun way to get from one place to another on a daily basis even amid the thick piling snow and down hill slopes which are extremely slippery and dangerous during winter.

Downhill skiing became popular and practical because there was no other way people can move around in the snow other than plodding along on snowshoes which can get very exhausting. Downhill skiing provided a way for people the get down the mountain quickly without having to exert near as much energy as walking.

Downhill skiing makes use of the the downward pull of gravity. However, skiing downhill is risky and can be really dangerous because the acceleration and speed can sometimes become uncontrollable.  Also, there might be obstacles like rocks, trees, and steep dropoffs that can very challenging to the skier.

Eventually, specially developed equipment was made to assist the skier to be able to control speed, facilitate mobility and accelerate and decelerate downhill movement when skiing. The absence of such equipment would make downhill skiing activity virtually impossible. Owning, or having some sort of access to downhill skiing equipment is imperative for those who wish participate in this fun and exhilarating recreational activity

The ski is the principal and main equipment used when downhill skiing. The ski is the platform or material made of fiberglass or wood that is attached to the feet of the skier via a specially made boot. The ski facilitates the motion or movement in the downhill skiing activity. It makes gliding in the snow possible by creating friction between the surfaces of the snow and the ski. The little bit of heat generated is enough to make the snow slippery enough to facilitate gliding and keep the skier moving.

Another piece of equipment used for downhill skiing are the ski poles. Ski poles assist with acceleration and steering in the desired direction in order to stay on the run or path and avoid obstacles. Ski poles are like walking poles, or the steering wheel in cars. The direction can be pursued by using the ski poles as guides. Acceleration can also be controlled. If you think your downhill movement is getting too fast, just stick the poles to the snow to control speed.

Where to Downhill Ski

Doing or performing downhill skiing could not be possible just anywhere. Of course, there must be snow. Second, the geographic location of a place must contain mountain or hills to provide the downhill slope. There are a lot of areas that are mountainnous but don’t have enough snow in the winter to cover the slopes. This problem has been somewhat solved by the invention of snow making machines. And, thirdly, you need sufficiently cold temperatures to keep the snow frozen and conducive for skiing.

Who would have thought that downhill skiing would someday become such a popular and fun recreational and professional sports activity?